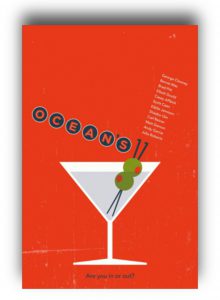 Two conflicting tectonic plates of trade strategy pushed up against one other in the Asia Pacific last month. Bilateral mercantilism sought to displace trade liberalizing multilateralism in a manner that befitted a rear guard assault on the Prime Minister of Montenegro at a NATO photo shoot. Very similar smugness.

The US President undertook a 12 day, five nation tour of pomp and red carpet in early November, declaring along the way that multilateralism was passé and that American bilateralism was the new (old) trade policy path to prosperity.

US prosperity, that is. The US President admonished multilateralism for enabling trading partners to take advantage of the US. The United States of America, the leading beacon of economic and military superiority, was a trade victim all these years, didn’t chya know. But no longer.

“I will make bilateral trade agreements with any Indo-Pacific nation that wants to be our partner and that will abide by the principles of fair and reciprocal trade. What we will no longer do is enter into large agreements that tie our hands, surrender our sovereignty, and make meaningful enforcement practically impossible,” President Trump told APEC attendees.

Solemn nods all around. But no line up for a taste of this new bilateral rebalancing. Nope, not a single taker.

In part because the US had already offered advance sampling of its “rebalancing” policy to its closest neighbours, and the rest of the world has been observing with fascination the Canadian and Mexican contortions over this new flavour. Poison pills are apparently not so easily swallowed. Think the Youtube ‘tablespoon of cinnamon’ challenge, with all the attending coughing and gagging.

“Thus far we have seen no evidence that Canada or Mexico are willing to seriously engage on provisions that will lead to a rebalanced agreement,” USTR Lighthizer chided at the end of the fifth round of NAFTA negotiations in late November.

Well, no shit, Sherlock, when “rebalancing’ equates to overtly and drastically tipping the scales to heavily favour only one side…your side.

Another reason for the muted response to the US offer of new bilateral Asia Pacific partnerships is the pending resuscitation of the Trans-Pacific Partnership Agreement (or TPP). This is the trade agreement that then-candidate Trump railed against during the 2016 presidential campaign as an abomination of the Obama Administration. So no surprise that three days after Trump’s inauguration, an Executive Order was issued to formally withdraw the US from the TPP.

And the conventional thinking at the time was that the TPP minus the participation of the US was deader than a dodo bird. Or deader than a Doha, to use the trade wonk vernacular.

Well, Japan had other ideas, especially after expending significant resources and political capital in first being cajoled into joining the talks in 2011, and then finalizing a the 12-member deal in 2016. Enhanced regional trade is an integral component of Japanese Prime Minister Shinzō Abe’s economic recovery and regional revitalization platform.

Canada and Mexico have a shared stake in forging ahead with multilateral trade, now probably more that ever. Given the stark ‘America First’ positioning by the US in the NAFTA talks, both countries have felt it prudent to pursue a diversified trade strategy to dilute their heavy reliance on the US market. And with the exit of the US from the TPP, Canada has enjoyed elevated influence as the second largest economy in the new TPP ‘Oceans 11’ format.[1]

Canada was never that interested in the original leverage which drew other countries to the TPP talks. It already enjoyed preferential market access to the US through the NAFTA. Ditto for Mexico.

The real attraction for Canadian participation in the TPP was competitive positioning amongst the fast rising Asian tigers.   The worry was that if Canada sat out the TPP, its key competitors — the US, Australia, New Zealand — would gain preferential access in key markets and Canadian exporters would be left behind.

This lesson was already painfully and bluntly learned in the case of South Korea. Canadian negotiations for a bilateral FTA were put on hold while South Korea finalized negotiations with the US, which was concluded in 2012. Canada finalized and implemented its bilateral with South Korea in 2015, but that meant a three year lag in preferred market access behind the US and Australia. To this day, Canadian exporters to South Korea are playing catch-up to lost market share in this highly lucrative export destination. Once lost, that share is very difficult to recapture.

The biggest prize for Canada in a TPP ‘Oceans 11’ format would be gaining access to Japan ahead of the US, and on terms that Canada could not achieve bilaterally with respect to other competitors within the TPP ‘Oceans 11’ family.

For example, while Canadian beef is still subject to a 38.5% tariff in Japan, Australian beef enjoys much more favourable tariff access due to an existing trade agreement concluded in 2015. The TPP would be a great equalizer here, as market access rates would be levelled across the board and then decreased lock in step amongst TPP partners to 9% over 15 years. That’s just one example.

With the departure of the US, the Canada West Foundation calculates that Canada has far more to gain in a TPP ‘Oceans 11’ format than it did in the original TPP12 version. This is especially true for agriculture and food exports, where the sector would no longer compete against the US for its share in market access concessions.

Even if the US were to rejoin the TPP at a later date or were to conclude bilateral agreements with TPP members (which does not appear very likely in the near term given the US ‘winner-takes-all’ negotiating style being witnessed in the current NAFTA talks), Canadian exporters would be offered a critical head start in entrenching themselves and securing market share at the expense of the US. Basically Canada’s South Korea experience in reverse.

It is on this calculation that the Business Council of Canada, made up of the CEOs of 150 of the Canada’s largest firms, recently entreated the federal government not to delay in finalizing talks on the CPTPP ‘Oceans 11’ remake.

Earlier in November, the truncated membership of the original TPP had agreed to “core elements” of a trade package, and committed to resume talks to finalize negotiations on a ‘Comprehensive and Progressive’ TPP. The agreement – with newly amended title — would be concluded and ratified by late 2018, after negotiators had done some more tinkering.[2] The Canadian Prime Minister has suggested that Canada was in no hurry to finalize the agreement.

At this point, however, it appears that the CPTPP is too big to fail. With the NAFTA negotiations flagging, the importance of the CPTPP as a strategy of trade diversification is significantly elevated for many members, not just Canada and Mexico. And with a US Administration espousing the benefits of bilateralism and the death of multilaterism, the CPTTP is seen as a necessary and timely counterweight.

The remake of Oceans 11 is due to come to a theatre near you, with great anticipation and early critical acclaim. The thematic catch phrase remains as is: “are you in or out?”

Oh, Canada is most definitely in.

[2] There are several areas of contention still to be sorted out: Canada seeks an exemption for domestic regulations regarding Canadian content and government funding of the arts and culture, especially with respect to Quebec and French language promotion; Vietnam needs an extended phase-in period to implement domestic laws on labour unions to comply with agreed-to labour standards; and Brunei and Malaysia also seek extended phase-in periods to allow for restructuring of their respective state-owned energy companies.

Sorry, the comment form is closed at this time.